Deb, I am so Frustrated, Why Don’t Men Listen to ME on a Date 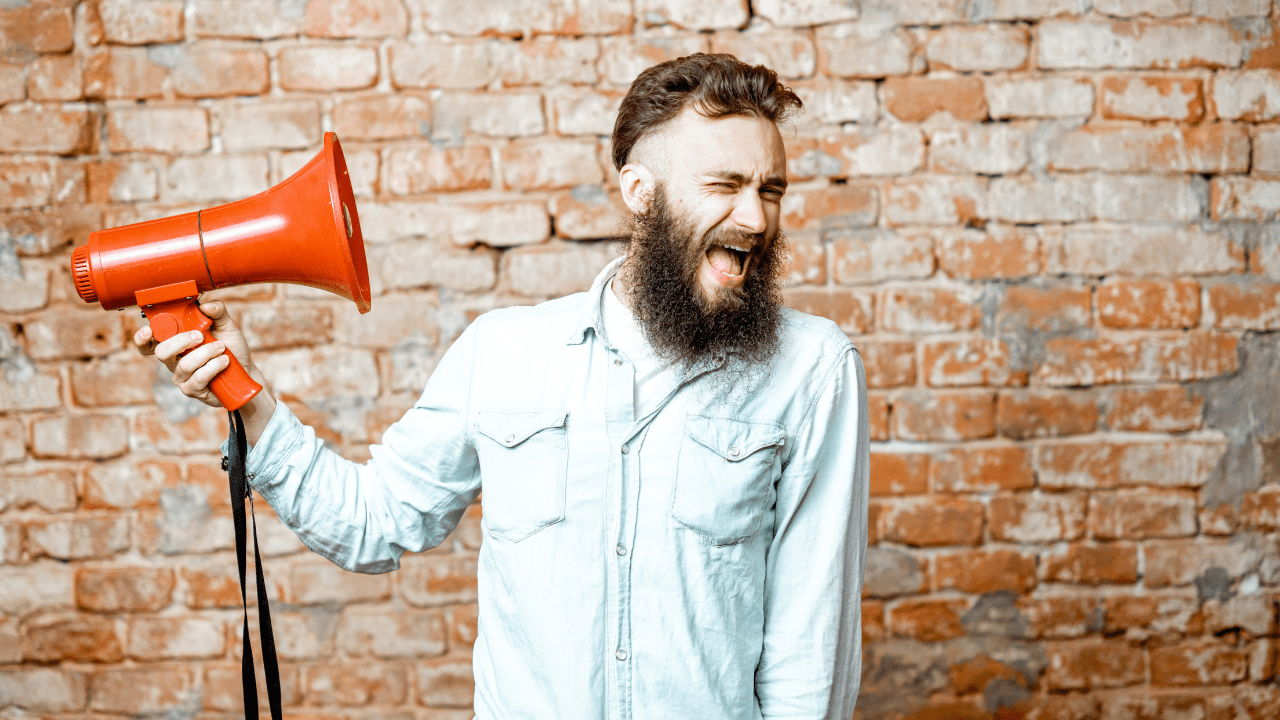 Hi Deb, I am frustrated, why don’t men listen to me on a date?

One of the biggest issues I am experiencing when I go on dates with men is that they seem to forget that conversation needs to go both ways. I want to tell them – involve the lady, make her feel you are interested in her and who she is, her interests etc, you are not a car salesman… you don’t need to sell yourself.  But that would just seem rude, wouldn’t it?

The number of dates I have left after an hour without the guy asking me one question or trying to get me involved in the conversation. In my mind, it’s simple, yet so many guys do it without realising it. I know they’re nervous, they think they need to tell me what they have achieved, own, do for a living, their children etc etc etc… and hope I will be excited by it. But the reality is the man who stops, takes a breath & asks a little about me AND who will LISTEN is the one who will excite me! That guy has the best chance of winning my heart & my attention.

I am sure you may have covered this before, but it is such a big issue I think it can help both the single women and the men out. Cheers Jo

Thank you Jo for your message

Yes, Jo, It would be difficult to bring up on a date, as it would be too easy to take it the wrong way. And you are right, men don’t know they are doing it and they are trying to make a good first impression that has the opposite effect! Yes, I have covered it before but I think it is time to do so again as you don’t know what you don’t know, right?

The message I received from Jo about her dating experience, is something I hear regularly from the women out there. Jo isn’t alone feeling frustrated and feeling like that the men they go on dates with don’t listen to them.

I regularly see good men miss out because they act more like a car salesman.

I know they feel that they need to convince the woman they take on a date about all their features and benefits. That they feel under pressure because they have this one change and this limited amount of time to do that.  They want to make sure that the lady knows all of those things that are good about them so she will want to be with him. Just like the salesman, Jo mentioned in her message. However, it has the opposite effect leaving women feeling like the guy is self-obsessed and not interested in them at all.

Guys, this isn’t about giving you a hard time or focusing on what YOU do wrong. Because I know you already experience enough  ‘man bashing’. The reason I am sharing how Jo and other women feel is to give you insider info and insight into how women feel so you both can have better dating experiences. I am sure it’s no surprise that the way women think is completely different to how you do! Think of me as an interrupter!

Oh, and I do know that we women aren’t perfect either! We fall into the common mistakes that don’t work for you as well! One of the most common mistakes women make on a first date is interviewing the men to see if they measure up. Leaving the men feeling judged. No one likes to feel that way, right?!

I get it, you feel nervous when you go on the date and that it is easier to fall into the trap of talking about yourself. But DON’T! Because it doesn’t work or build attraction! You don’t need to sell yourself to your date or convince her that you are worth liking. So often men tell me that if only they had longer to tell the woman about themselves they would have been successful! However, that isn’t true, the reality is that is simply talking at someone rather than to them and it doesn’t work.

Remember that no one likes the salesperson who talks at you rather than finds out what you want. The salesman who talks at a client rarely makes the sale, but the one who takes the time to find out what the client is looking for does!

Find out about your date, be genuinely curious and interested in her. Listen to her.

Believe me when I tell you that you can build attraction with your date by having a two-sided conversation with her that flows easily. These types of conversations create the impression that you have known each other forever. That’s the feeling people are looking for and that you can create through a good chat!

Let’s face it everyone wants to feel heard, seen and understood. This doesn’t come through talking at your date but it does happen when you take the time to listen to them!

2. Listen, Rather than Ask Question After Question

I see too many guys go in the opposite direction and simply ask question after question. This feels like an interrogation and not a date! It also leaves the burden of the conversation on the other person and that never feels great!

I am sure when you talk to your mates you wouldn’t interrogate them, you would just chat with them. When you are with the people you are comfortable with, you are relaxed and come across better, so be that person! Use the conversation skills you have in other areas of your life when you aren’t feeling pressured to impress.  The key to your success is to take the pressure off yourself and learn to be genuinely curious about new people.

I know that you may think you are listening but often you are just thinking about what you are going to say next! Try something called active listening where you listen to what someone says and repeat some part of it back to show you have listened. If may feel a little strange to start with. Yet what it does is show that you are listening rather than rushing to give your opinion or make it about yourself!

4. Open-ended questions show you can listen

Not all questions are created equal! There are the interrogation style questions and then there are the ones that create good conversations. Instead of asking questions that only get a yes or no answer, use open-ended questions.

Let me give you an example of a closed question, “Do you like this” – which leads to a yes or no answer. Whereas, an open-ended question would be, “What did you like best about…..’ The other person can’t just say yes or no, so you get a better conversation. Open-ended questions usually start with when, what, where.

When you talk to someone don’t make assumptions! Assumptions are where you assume you know something about someone based on something they have said to you. You are much better off using open-ended questions that let the other person give their opinion rather than assuming you know what they mean.

Let me give you an example of an assumption. The person may have told you that they like to exercise. When you message them, you might say how was your morning walk. That is an assumption that they walk in the morning.

A better conversation would be, “Good morning, I have had a crazy morning. It feels like everything that could have gone wrong has. How has your morning been?”

This works better than an assumption as you have given a little bit about your morning and asked them about theirs. They may also have had a tough morning and can relate to yours or they can give you sympathy. If they walked they can tell you about it. Of course, if they hadn’t walked you won’t have put in a block to them feeling like you know them.   Instead, you have built a feeling of knowing each other better. Whereas, an assumption, when it isn’t correct, only gives the impression that you don’t know her at all.

Be likeable! Studies have found that people prefer likable people to competent people. You might be getting so caught up in being ‘competent’ on your date that you forget the likable part. Everyone is more likeable when they relax and get out of their heads and enjoy the moment. The other person will feel that and it will make them feel good.

I know that reading advice can make you start to overthink and also think this is just too fricken hard! But instead of thinking it’s all too hard, realise that you are learning a new skill.

It may feel tough but it will benefit you in every area of your life!

Now let’s talk about compliments for a minute. Women love compliments but they can be overused or misused in the early days of dating. The majority of guys tell the girl they are interested in that she is pretty. The problem is because this is so overused it seems like a formula guys use rather than being a sincere compliment.

The other thing that happens is that men often tell women they are beautiful or attractive, paired with I can’t believe you are single. This seems like a backhanded compliment to the women and doesn’t get the response that you might hope for!

In the early days, it is much better to compliment a girl on something unique about her like her glasses, or how you like her outfit. Because in those very early messaging,  or first date stages women would prefer to be complimented on who they are rather than how they look.

After a couple of dates, women do enjoy compliments from the men they like. This is the time to use them rather than ration them. Compliments about how we look when you know us hold much more weight.

You don’t have to work out this whole dating thing by yourself! If want some help, that’s what I do! You can find out more about Working With Me here.