Why do Women Choose Bad Boys & Not You, You’re Sick of It

By NuKind 9 December, 2021 Advice for Men, Blog
No Comments 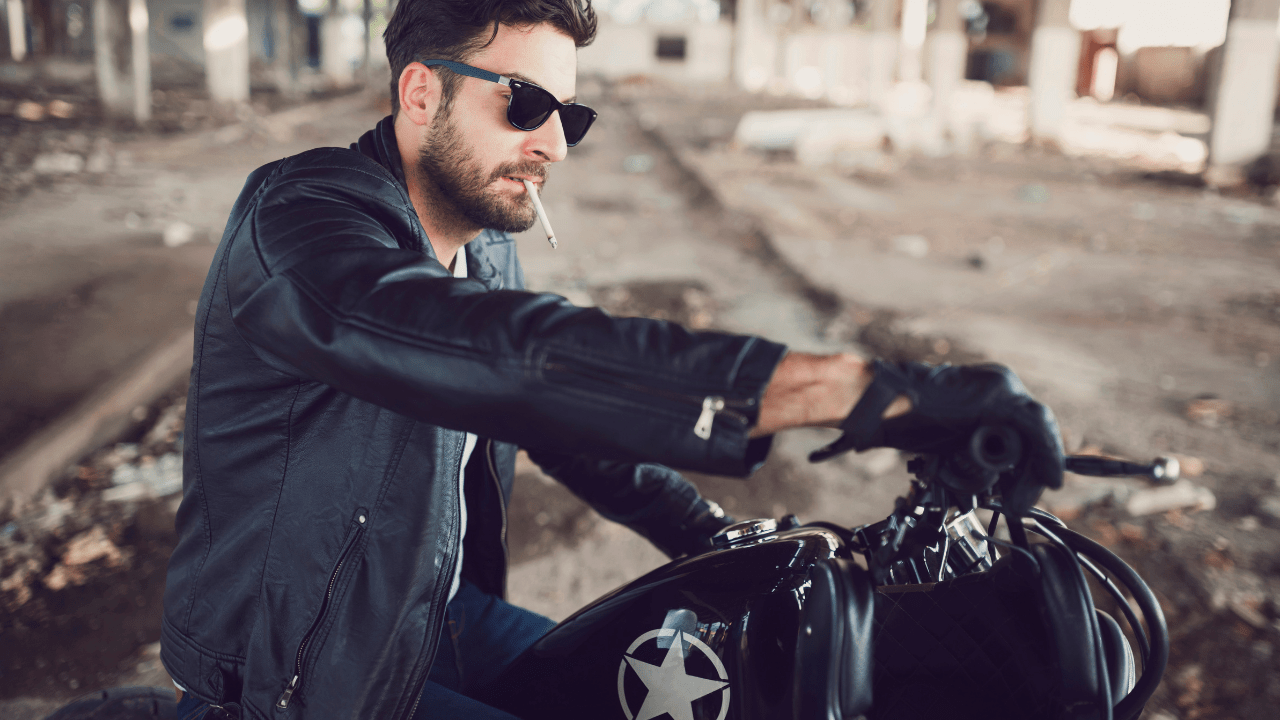 Why do women like bad boys? It is something you can’t understand and find frustrating! You hear women say that they want to meet a great guy, which you know you are, then pass you by for a bad boy, a narcissist or a player.

Quite honestly you are tired of hearing women say they want a good man, like you only to be rejected for bad boys!

You can see her WASTING her time on guys who only cares about themselves and leave her hurt! You can’t understand why she doesn’t see them for what they are when you can!

I know it seems crazy that women choose men who are going to be bad for them and you are sick to death of women doing it time and time again.

The rejection leaves you feeling out of luck and hopeless! It makes you think that you need to be an arsehole too and you don’t want to be!

Women choosing bad boys seem like a crazy thing to do but I want to let you know there is a reason why women do this, And the good news is that you don’t have to turn into an arsehole to be successful!

This blog helps you understand why!

Blame biology because it is the real reason behind what women chose!

Women aren’t deliberately choosing to cause themselves pain!

The reason that women choose bad boys is that they need to have certain traits to be attracted to a particular man. The traits they are unconsciously looking for come from the survival instinct. As humans, our survival instinct is our strongest and originated in the caveman days to keep us safe.

Women are biologically choosier about the men they are going to be with and they need to be because for them there are huge long-lasting consequences. The wrong choice can cost a woman big time and leave her exposed to danger. She could be left pregnant and supporting a child while the man is nowhere in sight.

In the caveman days, women needed strong, capable men who could take care of them. You know the guy who could father healthy children, be able to protect her from the wild animals and provide for her and their children.

Basically, a strong man was a women’s ticket for survival – which back in the day was a life and death situation.

She needs the man to kill the lion to keep her family alive, not a man who is uncertain what to do!

Ok, I can hear you saying it’s not the caveman days it is the 2020s, but even in the 2020s, it’s still what women subconsciously look for.

Women look for strength and the guys who show them that quality is the bad boys, you know the arseholes. The reality is that you don’t need to become an arsehole, you just need to show them you are a strong confident man who believes in himself.

The reality is nice guys don’t have the qualities that women need to feel safe or good in a relationship.

To find a strong man, women subconsciously look for masculine traits and these are the traits that the nice guys tend to lack.

Let’s look at the common traits ‘Nice’ guys have! They tend to be passive, people-pleasers, agree as they lack boundaries, are often submissive and will follow rather than take the lead. They are often insecure and dependent on others for their happiness.

Men who are masculine are the opposite.

Let’s look at the traits Masculine men have. They are assertive, strong, tend to take leadership in situations, are driven and passionate, they want to provide and are protective, have confidence, assurance, take decisive action and have high energy levels.

If you look at the examples nice doesn’t = the strength that women are looking for.

That is the simple truth of the matter.

Let’s take nice out the picture because it doesn’t really paint the whole picture does it.

Basically, women aren’t attracted to guys who are needy or desperate, who lack sexuality, who are boring and those who aren’t strong.

The good news for the men reading this blog is that you can work on these traits and they will add value to every area of your life.

Masculine traits make men produce testosterone and this is what women are also biologically attracted to especially when they are ovulating.

Again, what women chose comes from biology. She is able to sense whether you have the traits she is looking for by how you carry yourself when you are around her. The nice guy’s energy is often small and contracted as he is too busy trying to please other people rather than being his true authentic self.

Strength makes a woman feel safe. When she feels like the man isn’t strong enough it means that he doesn’t actually create a safe space for her.

As a result, she feels exposed to the world with nothing between her and all the various threats out there.  In the caveman days, it was lions and in the modern world, there are just as many different types of daily challenges and threats.

What Can you Do to be Successful?

Being strong is sexually attractive to women!

So what do you do?

Work on yourself and your confidence because this will send out a completely different message to the women you meet.

Be the confident person that you are in other areas of your life where you feel comfortable.  When you feel good about yourself and who you are it comes across in your body language. Women will see and notice the difference.

On the flip side when you come across as indecisive, full of fear, uncertain and all over the place it also shows up in your body language and women don’t find that attractive.

Remember that she doesn’t want to feel exposed to the world and needs to feel safe. She can’t feel safe if she’s with a spineless man that she can push around. Believe me when I say that she may tell you she wants to be in charge, yet the truth is that leaves her exposed and ends up wearing her down when she has to be in charge and control of everything.

The fact is when women have to continually take the lead and be in control they overproduce testosterone, which leaves them exhausted with little energy for anything else.  Again this doesn’t create sexual attraction between men and women.

Like I mentioned women are looking for a man that can create a safe ‘space’ for them and subconsciously she needs you to be able to know your mind and be able to make wise decisions when needed. She also needs a man who won’t put up with her bullshit! and will empower her to be the best version of herself.

That takes strength and women don’t feel that the people-pleaser will be able to do that.

You can learn from the bad boy’s approach.

Bad guys are direct and straightforward, which women like. Of course, the bad boys don’t care what the woman thinks but women don’t realise that at the time. Nice guys often try to be liked and that doesn’t come across as authentic or real. You don’t need to change your personality but you do need to be your confident self.

Bad boys talk to women without worrying about the outcome, nice guys don’t.

Women don’t want to date the guy who doesn’t have the balls to ask her out.

The reality is that nice guys don’t look as attractive to women because they are ‘scared’ to approach. As a dating coach, I know men’s number one fear is rejection and I understand this makes approaching women difficult. However, to be successful with women you have to move out of your comfort zone and take action without the continual worry of whether you will be successful or not.

Take the outcome out of it and just do it! You will have succeeded as you had the courage to talk to her!

Guys, I can tell you, women do not understand your fear of rejection and often see it as weakness. Weak men don’t appear strong – that goes without saying! Women will subconsciously be thinking, “How can I count on you if you are too scared to even approach me?”

This may seem unfair but it is the way it works!

Bad boys may come on strong but not in the way that ‘nice guys’ do.

When guys come on too strong straight away it creates the feeling that ‘anyone’ will do and that she isn’t special. Women feel that because you don’t actually know who they are, you can’t like them THAT much. They question why you are SO  over the top.

Men often tell women they barely know how beautiful they are and it is overused. Women would much prefer you to notice something about who they are rather than how they look. Of course, the contradiction is that women do enjoy compliments from the men they are dating or in a relationship with.

Being too keen at the start puts women off because it doesn’t make them feel special or safe. It is often overwhelming.

Guys, I know that you get excited when you finally meet someone you like, yet you need to tone it down or you will be in danger of pushing her away.

Guys if you want to be successful with women it is time to embrace your courage and be bold, assertive and confident. Be the strong, self-assured men that women need.

If you are still struggling, dating coaching may be for you, here is where you can find out more.